Babiators: A Tale of Large File Sharing
and the Chinese Firewall 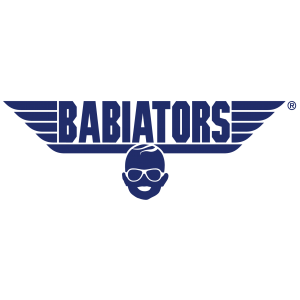 hildren’s sunglasses company Babiators manufacturers all of its extremely cute products in China. But it had a problem. Unreliable file transfer capabilities were causing significant production delays for the Atlanta, Georgia-based company. This naturally affected sales because, well, time is money.

The company tried several well-known data transfer companies hoping to solve its large file sharing issues, but neither was a match for the Chinese firewall. “Our factory informed us that, more often than not, they were not able to get files,” said Jason Allgood, operations manager for Babiators.  “Sometimes even a day delay in the production process can cause significant loss in sales. Those delays are very valuable to us.”

About a year ago, Babiators implemented Binfer as its primary tool to send and receive large files from its Chinese manufacturer. The files are primarily high data volume design files for new products, art work files that are too large to be transferred via email, and other forms that are generally blocked by the Chinese firewall.

“It could be how we want the art work printed on our displays, to art work for the boxes the sunglasses are packaged inside, or art work for something we called IML, which is a pattern that’s imprinted into the sunglasses,” Allgood explained.

Babiators generally launches new sunglasses seasonally, so launches are planned months in advance. Being able to communicate easily with its manufacturer helped to get new products on the market faster and market those products more easily. Since the company switched to Binfer, file sharing mishaps have been reduced to almost nothing.

“We’ve had one or two one offs where they say they’re unable to access the files, but generally they go through very well,” Allgood said.

The reliability Babiators now enjoys for large file sharing to China has come at a fair price point. The company is set up on monthly auto renew, which Allgood said is nice because it’s one less thing to worry about.

Binfer is also easy to use. Allgood described the desktop app interface as familiar and simple. “It looks very much like an email system,” he explained. “There’s an inbox, outbox, you can pick it up pretty quick. It’s straight forward, so it doesn’t take a lot of time to describe or to use, which is good. You select who you want it to go to, drag and drop your files in, and you’re done.”

Thanks to its easy-to-use interface and the reliability Binfer’s desktop app has brought to a key function of Babiator’s business, Allgood said the file sharing software has done good things for the company’s bottom line.

“The reliability – especially having a 12-hour time difference – if I send a file on Monday, and they’re unable to receive it that night, I have to resend it on my Tuesday. That means they’re not actually getting it until their Wednesday. So, we just lost three days of production because the file was missed one time. If that happens multiple times in a season that could push a November launch date to December for a project, which definitely could cost money.”

To be fair, a project like a specific style or campaign for sunglasses isn’t always stalled solely because of file sharing-related production delays. There could be product development issues or other things at play. For instance, Babiators might be trying out a new approach to sunglasses manufacturing that takes longer to sort through than expected. But when communication with a Chinese manufacturer is part of the equation, file transfer issues certainly don’t help. Binfer has successfully removed that headache so the company can focus on design, smoothing out its operations stateside and marketing its products to consumers.

Allgood said he would recommend Binfer to any organization having consistent issues sending large files to China. In its own small way, the file sharing software has done wonders for the world of children’s sunglasses.