How To Set Up A File Transfer Protocol (FTP) server

The File Transfer Protocol (FTP) primarily establishes a connection between a server and a client. AWS, A2, or another hosting service maintains said server and clients refer to the server as your local computer. FTP is a conventional network protocol used for transferring data between a client (a local computer user) and the server (the service provider) on a computer network. Read below to learn how to set up an FTP server and see how Binfer can help you.

How To Setup An FTP Server On Windows 10

1. Use the Windows Key + X keyboard shortcut to open the power user menu, and select programs and features.
2. Click the Turn Windows features On or Off link.
3. Expand internet information services and click the FTP server option.
4. Expand FTP server and click the FTP Extensibility.
5. Check web management Tools with the default selections.
6. Click OK to begin the installation. Wait until it finishes installing.
7. Click close.

After this installation phase, you will have to configure the FTP server in Windows before using it. To set up an FTP server, implement the following instructions:

1. Use the Windows Key + X keyboard shortcut to open the power user menu and select control panel.
2. Open Administration Tools.
3. Double-click internet information services (IIS) management.
4. Expand and right click sites on the connections pane
5. Select Add FTP sites
6. Name your new FTP sites and enter the path to the FTP folder you want to us to send and receive files.
Tip: You can also create a New Folder to create a specific folder to store your FTP files.
7.Click Next
8.On binding and SSL settings leave all the default settings, but change the SSL option to No SSL.
Note: In the business environment or on an FTP server that will host sensitive data, it is best to configure the site to require SSL.
9.Click Next
10. On Authentication, check the Basic options.
11.On Authorization, select specified users from the drop-down menu.
12.Type the email address of your Windows 10 account or local account name to allow you to access the FTP server.
13.Check options Read and Write.
14.Click Finish.

Your FTP server has been successfully set up. 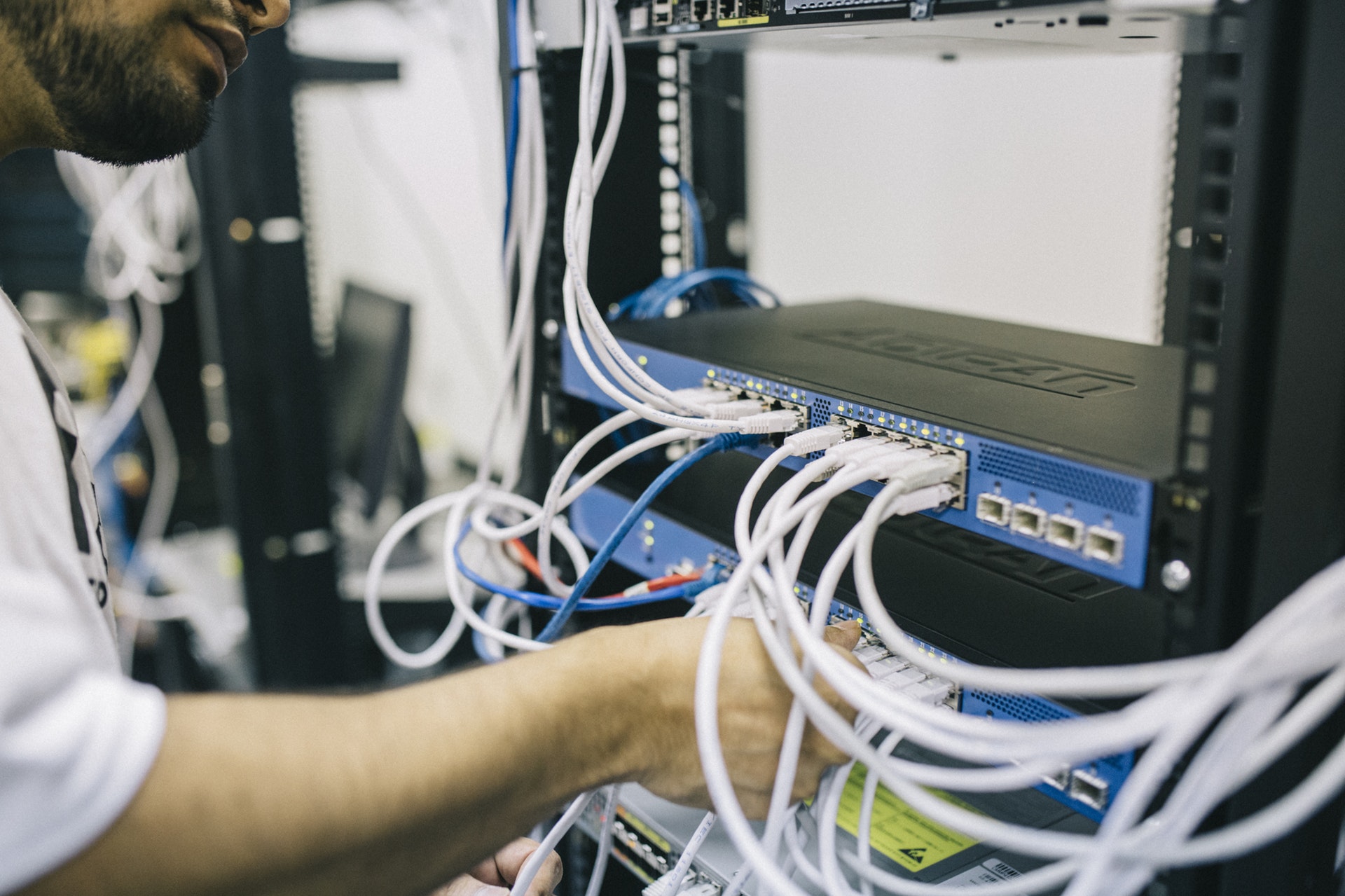 File Transfer Protocol is structured on a client-server topography and uses separate control and DAT connections between two or multiple parties (i.e., the client or clients and the server). In this platform, users will have to authenticate themselves with a clear-text sign-in protocol, usually with a username and password sign-in, although they can also sign in anonymously (for privacy) if the server is configured to grant such permission. Furthermore, all data can be encrypted to ensure a secured transmission of traffic flow for the protection (credibility, integrity, and availability of all data) of content. FTP may be secured with SSL/TLS (FTPS), but to set up an FTPS connection requires more work and additional overhead.
The first file transfer protocol was developed before operating systems had a graphical user interface. Today, many file transfer protocol clients and automation utilities have been designed for desktop users, mobile devices, hardware, and servers. File transfer protocol has even been incorporated into other productivity apps such as web page editors.

Typically, when transferring data over the network, four traffic representations are used:

1. Image mode or popularly known as a Binary mode. The sending machine sends each file byte by byte, allowing the recipient to store the byte in streams as it receives it. The image mode support is recommended for all implementations of file transfer protocol.
2. ASCII mode: Is used for text, here data is converted from the sending host’s character representing to “8-bit ASCII” before transmission (repeated if necessary) to the receiving host’s character representation as a sequence. ASCII is recommended for files that contain plain text.
3. EBCDIC mode: This is used only for plain text between hosts using EBCDIC character set.
4. Local mode: This allows the systems with an identical setup to send data in a proprietary format without the need to convert it to ASCII.

However, for text files, a different format control and record structure options are provided. These features were designed to enable the smooth transfer of files containing Telnet or ASA. Thus, data may be transferred in any of the following modes.

1. Compressed mode: Through the use of a simple algorithm, data is compressed, usually using the length encoding process.
2. Stream mode: In this interface, data is sent as a continuous stream, receiving FTP from any processing. Unless the data is divided into two, all processing is left up to TCP. No End-of-file indicator is needed.
3. Block mode: Unlike the above two modes, here FTP breaks the data into several blocks consisting of block header, byte count, and a data field and then passes it on to the TCP. 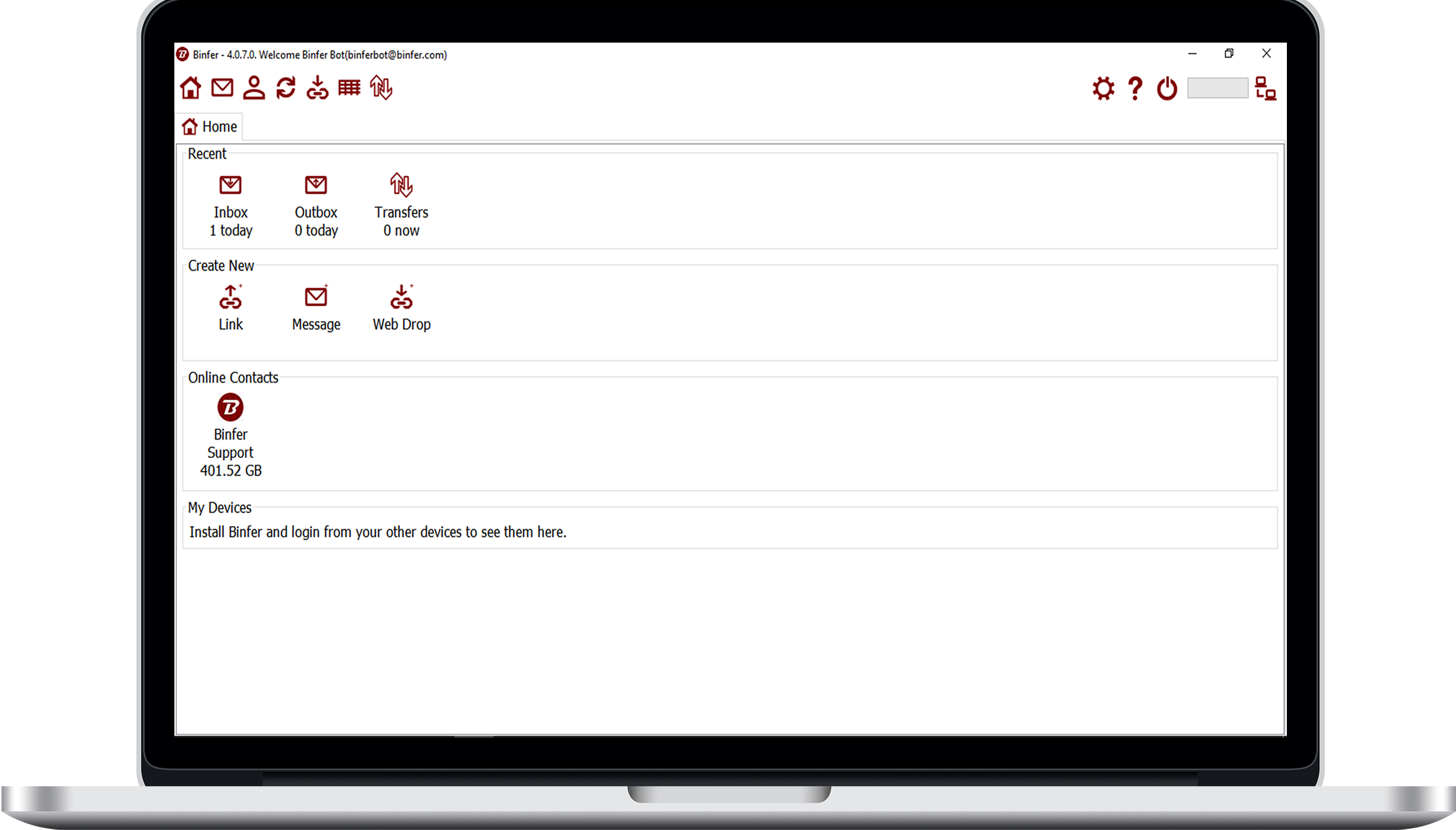 Binfer as an alternative to File Transfer Protocol (FTP)

Binfer is the best replacement for FTP because it has the following features in its setup that makes it easy in transferring files.

1. Binfer maintains details (history) logs (sessions) of all transfer.
2. Binfer automatically encrypts all traffic flow by using AES256 bit encryption, thus making data more secured.
3. File changes are automatically updated
4. There is no need for an individual server to hold the files for transfer.
5. You have full control over your data.

In FTP:
(I) The first approach is to sort out the kind of FTP to deploy.
(II) FTP requires a server machine, either internal or external to your local system.
(III) FTP implementation is expensive. A user has to pay for the server software and client software separately.
(IV) FTP is insecure; it does not automatically encrypt its data, so users should be careful when planning before sending data to the network, to avoid data theft ( if hacked) or other malicious activities by authorized persons.
(V) FTP has a high learning curve, requiring both sender and receiver to learn some system commands and operations.
(VI) The server needs to be set up outside the demilitarized zone, configured for NAT and firewalls traversal. Defensive security should be installed to shield any intruder or attack.

In Binfer:
(I) Binfer works on a variety of windows, OSX and Linux operating systems.
(II) Binfer can be easily installed on systems within minutes.
(III) Binfer does not require any server software to transfer files.
(IV) It does not require a separate server or client license when moving data.
(V) It does not need a special setup. After creating an account, sending and receiving can be done right away from the desktop.
(VI) Binfer interface is the regular email-style interface. Transferring files between computers are very easy.

In conclusion, Binfer is an excellent FTP alternative because of its ease of use, resiliency, and modern features.